The Mars Society of Canada

The Mars Society
of Canada

Mars is far enough away to be a challenge, while close enough in cosmic terms for this generation to explore it. In comparable terms, it is to this generation what Antarctica was to the generation of the early 1900’s.

Due to the unprecedented advent of true rocket reusability, and the blossoming of a robust private commercial space industry, the cost of reaching orbit is dropping significantly. We are in the midst of the transition to a new era in human spaceflight, and the window to becoming multi-planetary has opened at last.

Canada’s far north is a terrain geologically similar to much of Mars, with its glacial geomorphology and permafrost subsurface. This makes Canadian expertise in northern environments a valuable base from which to learn and explore Mars.

The Mars Society of Canada is a space-advocacy group dedicated to promoting, within Canada, the exploration of Mars by implementing public-outreach programs, lobbying governments and carrying out its own technical projects.

Canada has a proud legacy of contributing to space science and innovation. Mars exploration and settlement presents significant opportunity for Canadians to continue this legacy on a new horizon.

We are committed to public and professional engagement through education, advocacy, research and the development of local networks.

Learn about Mars, teach others and exchange insights to inspire and engage the public.

Why is Mars science & exploration important and who you can contact to enable action!

Begin your own chapter and network with other enthusiasts or professionals in your community.

Videos from The Mars Society of Canada

Presentation by MSC CCO at the 2021 Mars Society Convention

We are a dedicated group of volunteers with a passion for Mars exploration and development.
Glenn Scott
President
Glenn is an experienced polar scientist and bioresource innovator who is presently developing agro-ecological technologies for deployment in harsh, remote environments.

Evan Plant-Weir
Chief Communications Officer, Chairman, Content Creator
Evan is a passionate advocate for space exploration. With a mixed background in academia, technical training and business management, he supports the Mars Society of Canada as co-founder and Director.

Jin Sing Sia
Mars Engineering Developer, Content Creator
As a 4th year mechanical engineering student at the University of Waterloo, he is applying his growing command of engineering principals to the discussion and analysis of current and future Mars technical endeavours.

Rex is an accomplished inventor, successful entrepreneur, teacher, experienced millwright and amateur astronomer. His passionate belief in the value of space exploration has foundations in witnessing the Apollo landings, a love of science fiction, and profound confidence in the positive future potential of our species.

Andrea is a passionate environmentalist and animal rights advocate. Her enthusiasm for the project of humans-to-Mars is founded in a belief that the technology and processes yielded through becoming multi-planetary will benefit all life on Earth.

Max is a designer, planner, and developer. He likes to focus on events and getting new projects off the ground.

Haydn is a trained primary school teacher who has recently undertaken study in elearning development. He loves that the world is excited about space again and believes that children deserve to be taken along for the journey! He's currently working on the Mars Explorer Program, an open-source, Mars themed curriculum for primary aged children.

Help us turn knowledge into reality.

The process of learning to live on Mars will drive an unprecedented age of technological advancement in arenas like energy generation and conservation, efficient water use, smarter farming techniques, material engineering, and much more.

It is not the abandonment of our home planet, it’s a new chapter in the growth in our species that will include new technologies and processes we can use here on Earth.

Chairman, The Mars Society of Canada

Click the icons below to learn why Mars is a crucial part of our future:

The “Fix our planet first” Fallacy

The Protection of Life from Earth

The Habitability of Mars

Mars Vs. The Moon

Start your journey with us now

Articles and content produced by members of The Mars Society of Canada.

In September of 2021, MSC Mars Engineering Developer Jin Sing Sia went on the journey of a lifetime. After numerous delays due to the global pandemic, he found his way into the desert in pursuit of a …

Welcome to the second edition of a special MarsLog series! Diaries from Analog Mars is a sequence of personal entries from Mars Society of Canada Director Jin Sia, who has deployed to the Utah de…

Welcome to a new and exciting Marslog! Diaries from Analog Mars will be presented as a sequence of personal entries from Mars Society of Canada Director Jin Sia, who has deployed to the Utah desert to…

Welcome to Part 1 of Building Athens, the first in a series of articles on the development of the very first Martian education system. Not only is obedience to law or criminal inclinations not inherit…

Tim Haltigin is a Senior Mission Scientist at the Canadian Space Agency. On July 29th, 2021, I had the pleasure of speaking with him on the subject of Mars. Throughout the following Q&A we touch o…

Header image: Artist’s impression of a SpaceX Dragon spacecraft docking with the International Space Station (image source: NASA/SpaceX.) “We have a violent left roll here at the present t… 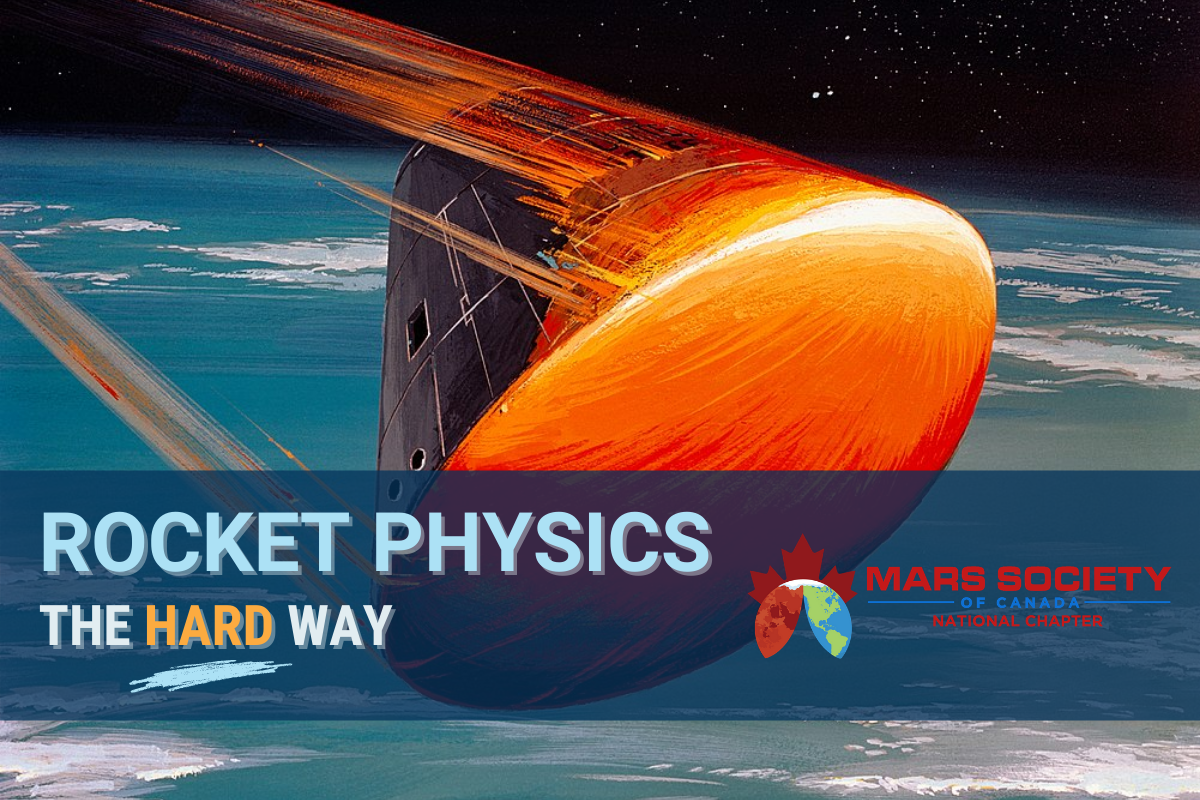 Header image: Artist’s impression of an Apollo capsule re-entry (image source: NASA.) “That was a real fireball, boy. I had great chunks of that retropack breaking off all the way through…&#8221… 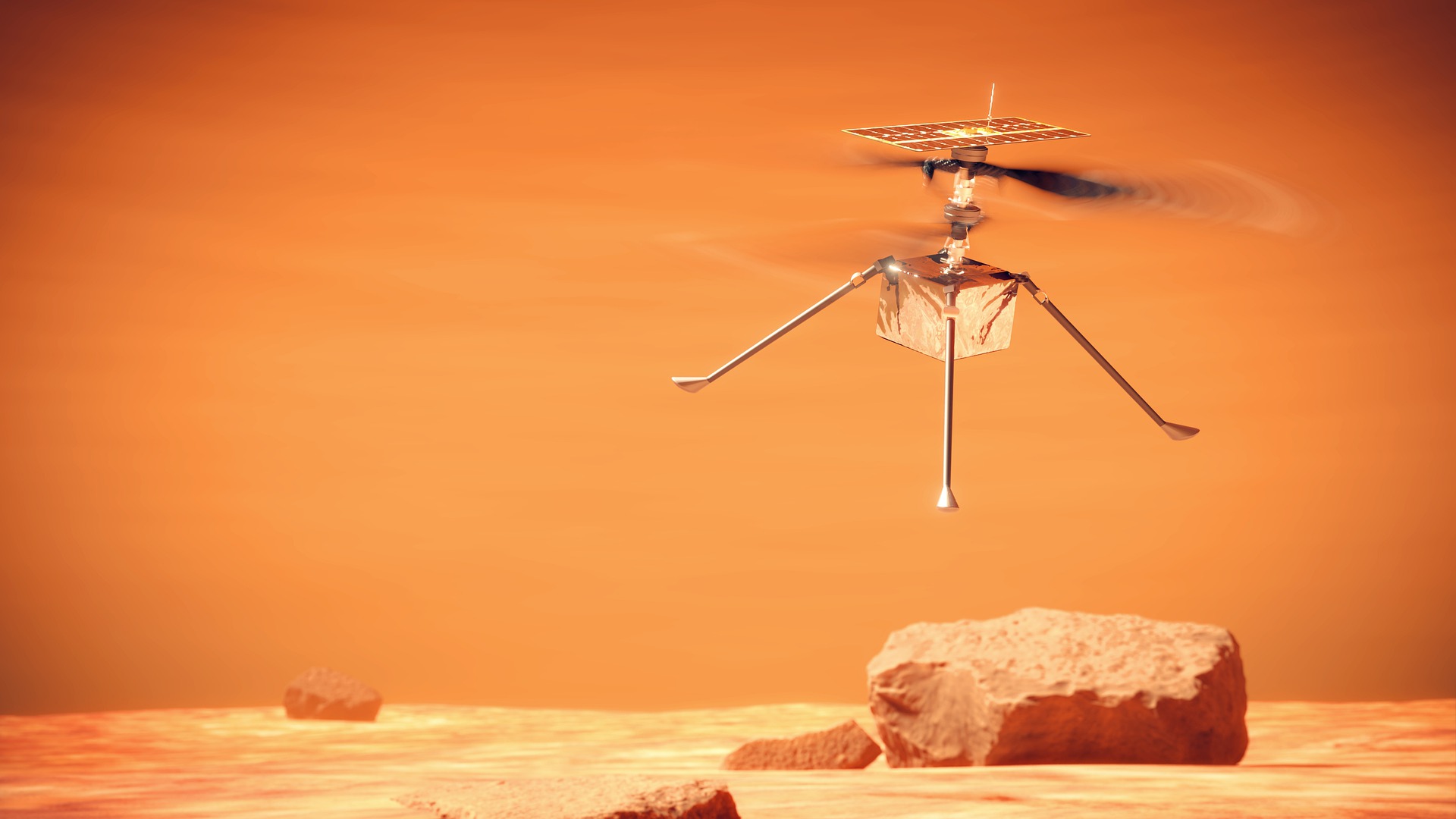 It’s been just over two months since NASA’s experimental helicopter touched down on the Martian surface, and Ingenuity is still alive and well. Despite having encountered some difficulty d…

Engage with us on our social networks: