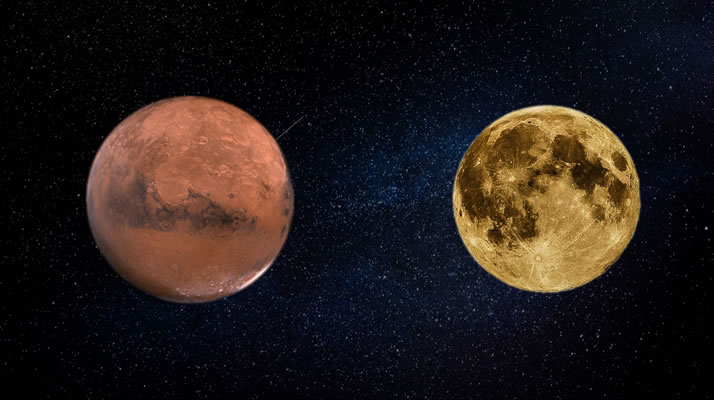 Today Jim Bridenstine showed us under the hood of NASA’s current Moon program, with a candor that cuts through otherwise nebulous public relations rhetoric. Finally, I almost get it.

The Artemis program often receives harsh criticism within the space exploration community. Many justifiable practical concerns have been raised on the usefulness of returning to the Moon, and there are already some potentially significant alterations to the initial plan.

Especially for those who believe in the importance of Mars exploration and colonization, the idea of returning to the Moon as a precursor to the red planet can feel like an unnecessary distraction that threatens to push the dream of Mars into an uncertain future. Why waste the time and money with a detour, when we arguably have the ability to go straight to our destination?

As Apollo astronaut Michael Collins put it: “I see more moon missions as delaying Mars, which is a much more interesting place to go.” This perspective is echoed by public figures such as Buzz Aldrin and Elon Musk.

As a pragmatist and a passionate advocate for Mars, I myself have observed this ongoing debate with a furrowed brow. NASA’s plan to make a “pit stop” on the way to Mars, though smattered with elements of rationality (such as the need to test equipment and procedures) can feel quite opaque and more than a little dubious. In particular, the Lunar Gateway stands to represent a true spectacle of pointlessness. To be clear, I am a huge fan of NASA and I was thrilled to learn that we are going back to the Moon. I just struggled to see how it was a critical path item for the much more pressing goal of Mars.

During a recent (pre-COVID) trip to the Kennedy Space Centre, while my wife and I enjoyed an otherwise excellent tour of the grounds, I couldn’t help but feel off-put by the jarring and omnipresent Artemis promotional materials. At no point during that visit did I see or hear a rationalization of that initiative that did not feel like hollow political rhetoric. Against the backdrop of NASA’s rich human spaceflight history and the sight of Launch Complex 39A – so glowing with fast-moving, practical SpaceX ambition – the new moon program publicity felt silly and outmoded.

I walked away from that experience scratching my head. If the core reasons for going back to the moon cannot be put in convincing and transparent language by an organization that otherwise excels in public education and inspiration, what factors are really at play? No doubt – I suspected – the answers were found in some uncomfortable political dynamics.

Could the agency that once inspired the world by putting humans on the Moon in less than a decade have reached a point that its human spaceflight objectives prioritize make-work political pressures above genuine space exploration?

While watching Bridenstine’s presentation at The Mars Society’s 23rd Annual Convention earlier today, my concern was somewhat alleviated. By his account, NASA objectives are indeed constrained by political pressures (no surprise), but not quite entirely in the way I had come to suspect. In fact, his address framed the Artemis program in a way that finally makes sense to my political layman’s mind.

During his 30-minute talk to thousands of convention attendees via video conferencing, Bridenstine returned frequently to the theme of bipartisan, apolitical consensus for the objectives of NASA human spaceflight. Rather than focusing on the Moon as a necessary technical or logistical prerequisite to Mars – which many argue is not the case – he shed light onto the political constraints that underpin the logic of Artemis (and do not make for great posters at the Kennedy Space Center).

In reference to his experience as a member of the U.S. House of Representatives, he stated:

Citing inspiration by Mars Society Founder Robert Zubrin’s ‘Mars Direct’ plan, Bridenstine reiterated that NASA’s human spaceflight targets remain focused squarely on the exploration of Mars. He further indicated that including the Moon as an intermediate stage will provide sufficient bipartisan consensus to reach a momentum that is resistant to the 4-year political cycle.

In a time of such political polarization, this is a concern we can all well understand. If the choice is truly between a straight and logical path we cannot currently traverse, and a wandering sluggish path that will get us there eventually, then I am all for the scenic route.

No doubt the need to achieve bipartisan consensus is just one of many spanners in the works, but hearing Bridenstine’s frank expression of those constraints today renewed my faith that NASA human spaceflight still have their eyes on the prize, and have not committed themselves to a dead end. Perhaps going to the moon is not strictly a technical requirement for Mars, but if current political dynamics require it nonetheless, Artemis could still constitute a necessary hurdle on that journey. Either way, let’s just do what needs doing.

I will continue to wince a little bit at every mention of the Lunar Gateway, but partly as a result of Bridenstine’s address today, I begin to better understand the reasoning behind the Artemis program as it relates to Mars (though I remain a strong proponent of going direct).

Ultimately, space exploration should not be a partisan issue. Elon Musk also presented during the convention, appearing for an hour yesterday. When asked by Robert Zubrin what The Mars Society could do to help the dream of Mars, Musk cited the need for more discussion on the subject and highlighted the place of public advocacy. He stated: “When the will and the way intersect, we will be a multi-planet species.”

NASA may need to navigate the slippery waters that run between the aisles of government when developing projects for human space exploration, but that dynamic is flexible, and it is within all of our power to make things easier for them.

Should you find yourself frustrated by seemingly indirect or illogical strategies undertaken by your national government’s space agency, stop to first realize that their administrators have much more to consider than just engineering constraints. Secondly, know that you have a major part to play in changing that reality.

The more we discuss, educate, advocate and normalize the dream of Mars, the more “will” we generate amongst the general public and the easier it will be for politicians like Bridenstine to push through smarter space programs.

Bridenstine’s address is available on The Mars Society’s YouTube channel here, along with the many other fascinating presenters at the convention.

Join us in generating the will to go to Mars. When you become a member, you provide direct support for our outreach, education and research initiatives!